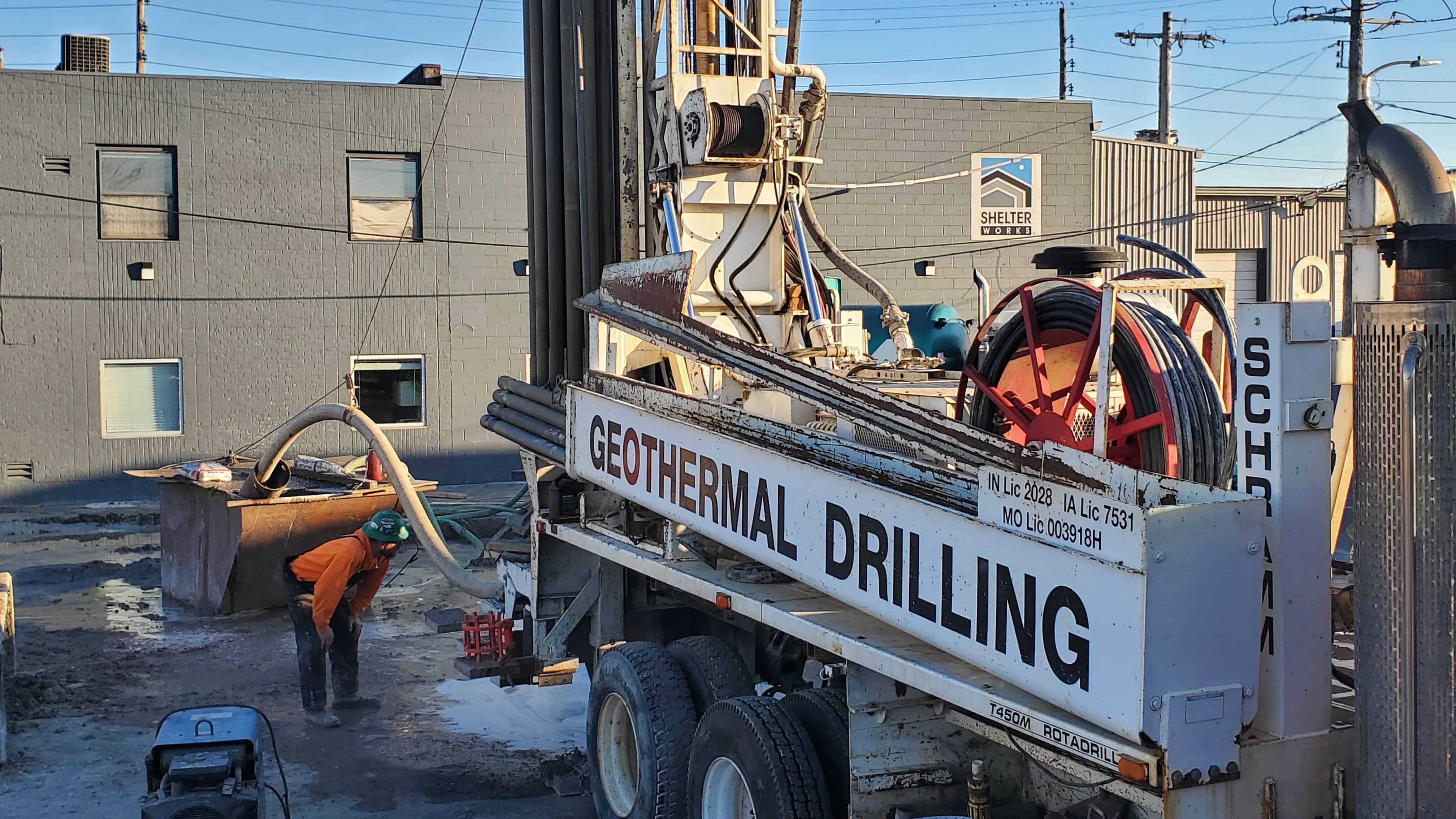 Over the last year, the Shelter Works offices have been getting a facelift.  Along with purchasing the property from which Shelter Works operates, the offices have been expanded into the portion of the building that was previously unused. The build-out for the new offices required rethinking the building’s HVAC system.  Because the purchase of the building and office expansion is an investment in the future of the company, Tracy Switzer, President of Shelter Works, chose to go with geothermal heating and cooling for the new ventilation system.

Four wells were drilled, each measuring 500 feet deep. They will take advantage of the earth’s constant underground temperature to either circulate heat into or out of the building as needed depending on the season. The system is estimated to pay for itself within the first ten years then it is expected to drop overall utility bills by up to 65%.

When asked about the switch to geothermal, Tracy Switzer stated, “I chose to go with geothermal HVAC system for our office building because I understand that while the equipment and installation were more expensive than conventional equipment, over time it will more than make up for the difference through lower maintenance costs, lower energy bills, and lower carbon emissions. The cheapest solution is rarely the best.”