STS Global - "We Chose the Right Company to Help Us"

They understand that satellite earth stations are even more critical for island populations, because on an island, everything is remote–TV, Internet, cable and phone. At this particular job site, high on a hill in Hawaii, there are two working 9-meter satellite dishes that stand 25 feet off of the ground, and the equipment for those systems needs to be protected. The fixed satellite terminals that service the island must not fail. 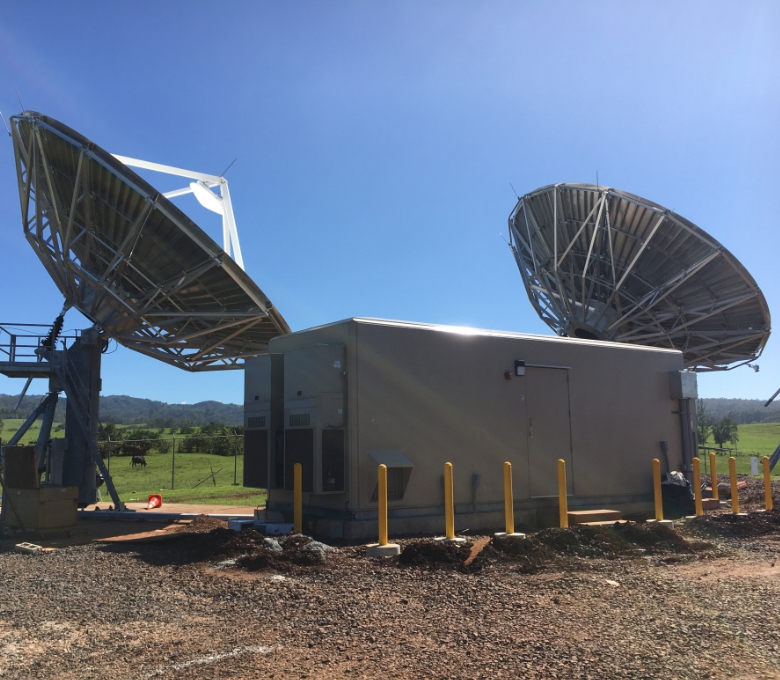 This system was particularly challenging due to the evolving project specs coming from the client; the engineers at STS Global were tasked with redesigning the satellite station several times. Because every Shelter Works shelter is custom engineered to meet the specific needs of each individual application, they were able to adjust the specifications of the shelter as the project evolved.

In order to ensure maximum exposure to the satellite feed, the jobsite sits at a very high elevation on the island. The team designed a shelter that could protect against the harsh Hawaiian climate, where salt, high humidity, strong wind loads and frequent rain can threaten proper functioning of the equipment. Shelter Works’ unique FiberBeam™ technology proved perfect for combating all of those weather-related threats.

The radio equipment needed for this job was extensive, and the shelter needed to protect the transmitters, receivers and all of the computer equipment required to process data from the two satellites at this location. Because of the complexity of the equipment and the importance of getting it right the first time, it was determined that the best way to ensure that the equipment was installed properly would be to assemble everything in St. Louis at Shelter Works’ manufacturing facility. Once the satellite equipment shelter had been fully assembled, Shelter Works hosted a team of specialists to install the radio equipment over a two-week time frame. Dave Hershberg enthused, “The cooperation from the Shelter Works team was outstanding. This is a company with the right culture for this type of complex, highly custom engineered work–and even with such specialized needs, they still maintained very reasonable prices. 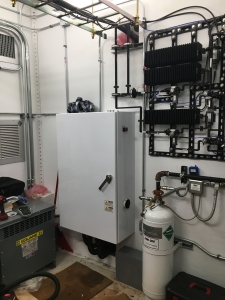 The delivery posed challenges in terms of weight, timing and availability/accessibility issues. There were only two ships that could carry the shelter to the island in time for the quick installation of the client was seeking.

The truck had to haul the load from St. Louis to San Diego to meet the ship that would take it to Hawaii during Thanksgiving.

Even though fiberglass shelters are characteristically light, this shelter weighed 22,000 pounds once all of the equipment had been installed. It had to be shipped to San Diego to meet the ship on a tight schedule on a lowboy flatbed truck that weighed 38,000 pounds by itself. The resulting total weight then classified it as an oversized load, something that required a special permit since oversized loads are not typically allowed to travel during the holiday time frame.

Once the shelter arrived in Hawaii, it had to travel to the site location on the hill, which was not an improved road. There has been considerable rainfall, which made travel a challenge. Just getting the shelter there felt like a major success.

Once on site, the shelter then needed to be offloaded to a cement pad via two cranes. In order to ensure that the cranes would not sink into the ground, the company had to have six truckloads of gravel brought in. 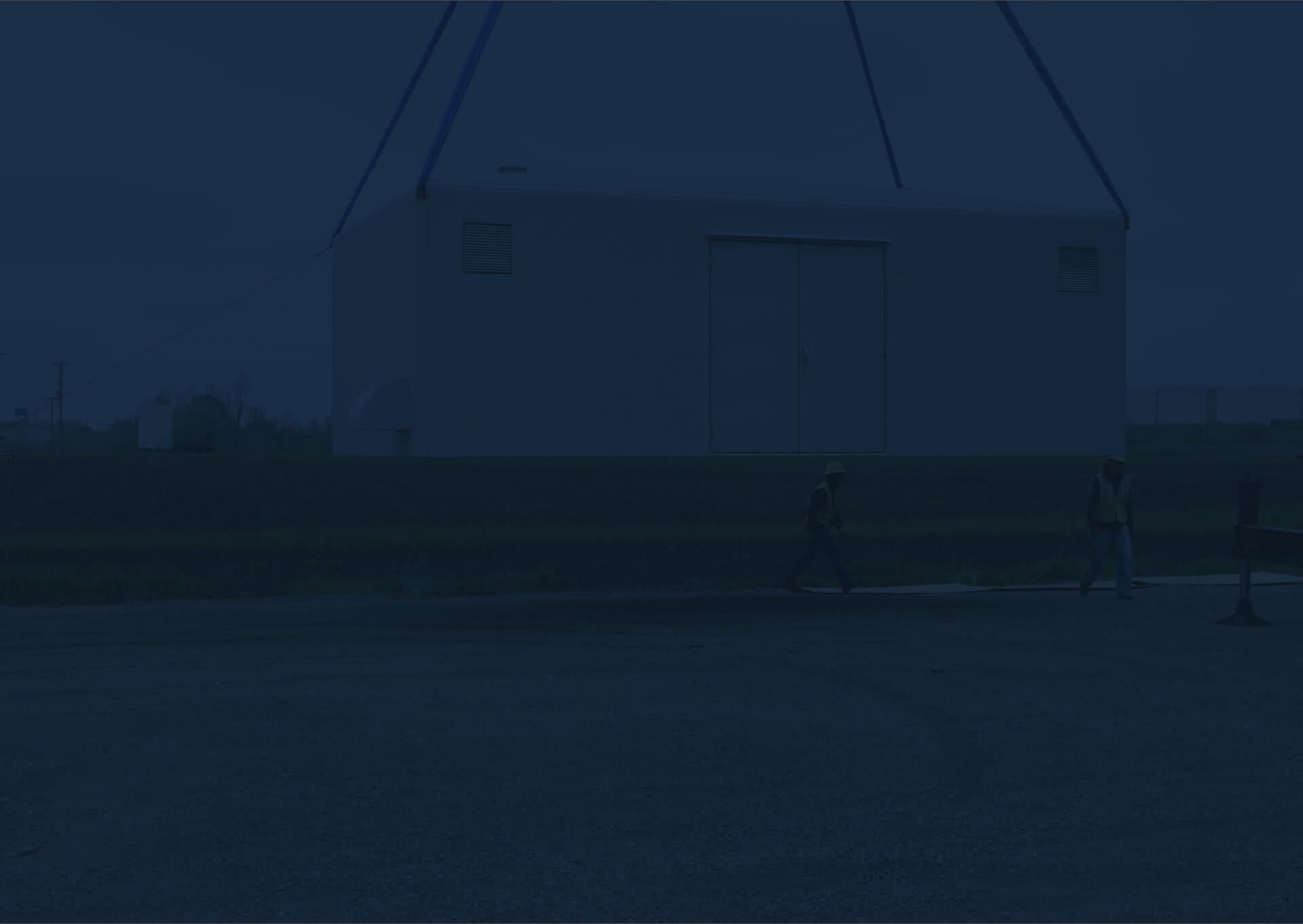 For Shelter Works, figuring out the right specifications was the easy part. Oftentimes, other factors surrounding the delivery and installation of an application prove much more challenging and require persistence and engineering acumen.

Hershberg summed it up by saying, “This was a very difficult job, with ever-changing specifications, a tough schedule and challenging location. We chose the right company to partner with us and help navigate every obstacle; we will definitely be using them again.” 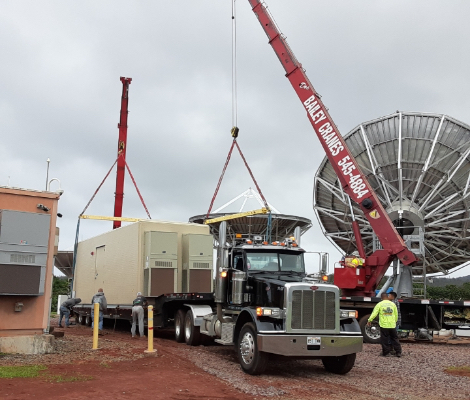